The Zen of Visionary Poet and Artist William Blake, and Our Human Potential - November 29th 7:00pm to 8:00pm+ ET

William Blake portrayed, in striking and unique ways, his understanding and experience of what our human nature is, and what our potential is. There is a large amount of commonality between Blake's work and the teachings of Zen Buddhism. They both focus on knowing ourselves fully, rather than seeking an external source for wisdom or spirituality.

This (free) interactive webinar, taking place on November 29th from 7pm to 8:00pm+ ET, will examine some key quotes and art from William Blake and quotes from Zen tradition, and how Zen and William Blake relate to our human potential. 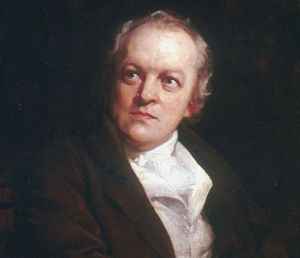 Born in England in November 1757, William Blake was never financially successful but always, barely, kept a roof over his head and that of his beloved wife Catherine. He had apprenticed for seven years in engraving and was self-taught in poetry.

Blake used his engraving, painting, and illustration skills to earn a bare-bones living, primarily through commissions for work from close friends and followers who believed in his genius. He never reached a larger-scale popularity or recognition during his life. 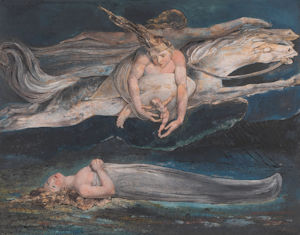 In his work, Blake portrayed the human being as ultimately what he called Albion, which is an ancient name for the island Britain. For Blake, "Albion" was the original man before the mythological, timeless fall from a healthy and integrated state of being.

The four capacities that have become fragmented from each other are sensation, intellect, desire / love, and imagination. Due to the fragmentation, the capacities are conflicted and are imbalanced in expression, resulting in a lack of expressiveness and fulfillment.

Carl Jung spoke similarly of mental capacities of sensation, thinking, feeling, and intuition. Psychoanalyst Donald Winnicott pointed out that real progress in psychotherapy occurs when the client grasps a new insight in a manner that unites intellect and emotion.

Blake himself emphasized uniting and freeing the four capacities to act as one in an integrated, liberated human being and society. The result is experience and expression of the individual's and humankind's native ability to love, create, and think in productive ways. 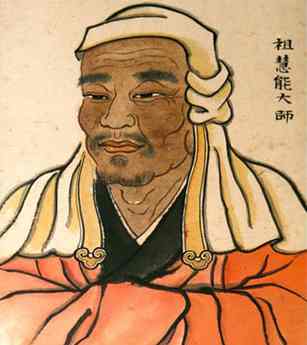 In this session we will examine and discuss several key quotes and artworks from William Blake, and explore their universal meaning, and how they relate to Zen teachings as pointers to an inspired understanding and experience of life.

From Huineng, the sixth patriach in China of Zen, in seemingly simple words:

Just be true, and there are no barriers.

From Blake's "The Marriage of Heaven and Hell":

If the doors of perception were cleansed
Every thing would appear to man as it is, infinite.

Join us to find out more!